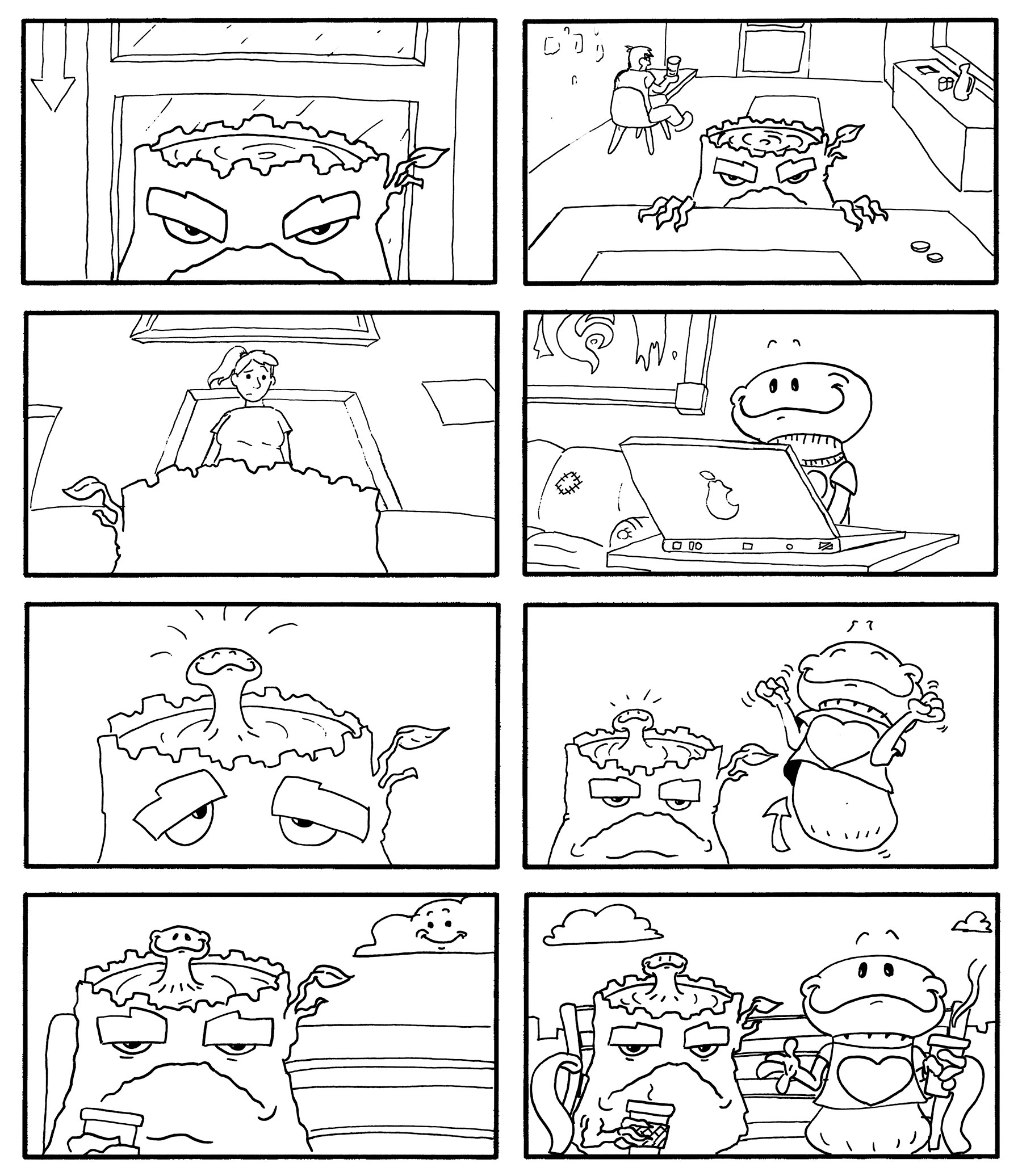 In early 2005 I approached the owner of Tiny's with the idea of creating a series of fun, playful commercials about a couple of quirky animated characters that meet at his coffee shop.

I can't quite remember how we landed on a tree trunk and a mushroom but I wrote a script and asked my friend Mark, a fellow blueprint films collaborator, to draft up some storyboards. When we presented the boards to the staff of Tiny's they loved the concept and gave us the green light to shoot.

The live action for all three spots was shot over the course of a weekday afternoon. The characters were hand drawn by Mark Young and then scanned into Photoshop so I could rotoscope and animate them in Flash. The Flash animations were then exported out as an image sequence and composited over the live action footage in After Effects. Jainee Dial and I did the voices and our good friends Jake, David, Brian and Tim created the music.

Sure they're silly but they were a lot of fun to make. The spots aired on local cable for a few months and I was lucky to catch them one night while I was out with a few friends.