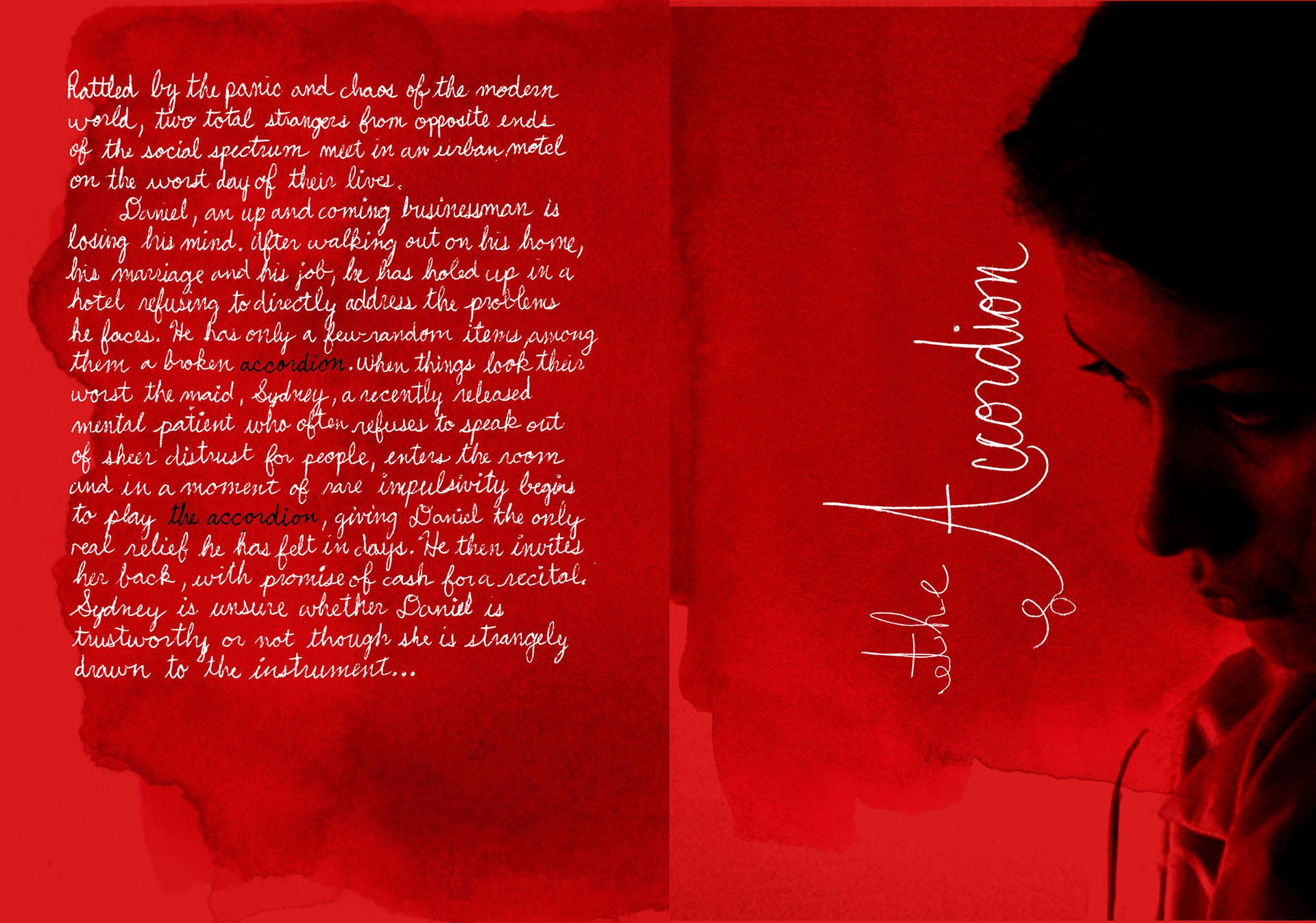 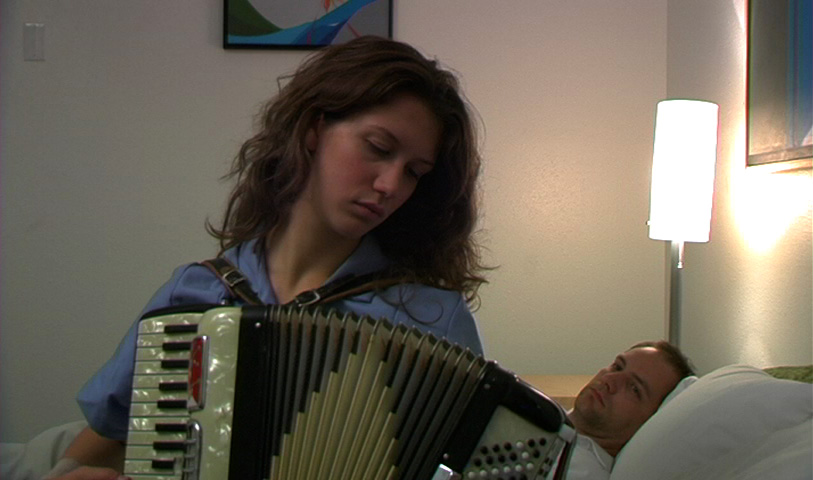 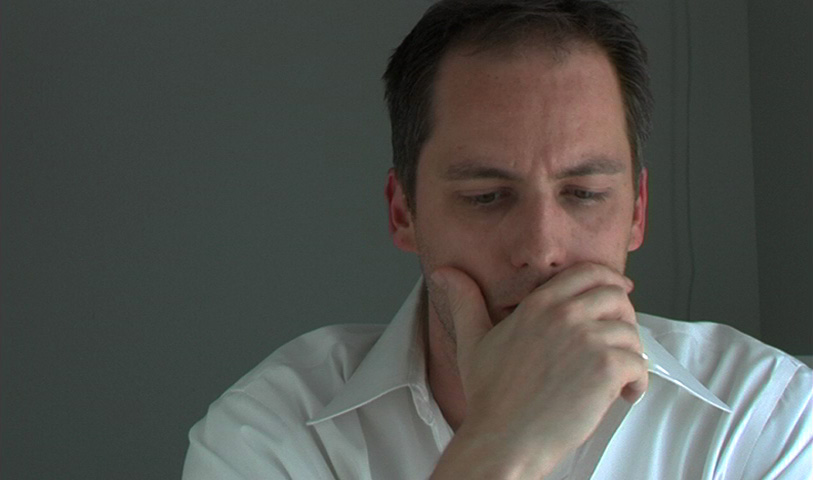 The Accordion is a short that I produced for my good friend and fellow blueprint collaborator Vincent Caldoni.

The Accordion was shot over the course of a week in the summer of 2004 and tells the story of two strangers from opposite ends of the social spectrum who meet in an urban motel on the worst day of their lives.

The film stars Sam Hull (Daniel) and Orianna Herrman (Sydney) and was written and directed by Vincent Caldoni.

The Accordion was our first collaboration as blueprint films and it was an amazing experience from the moment we assembled the crew through the premiere at our Indie Vox event a few short months later.