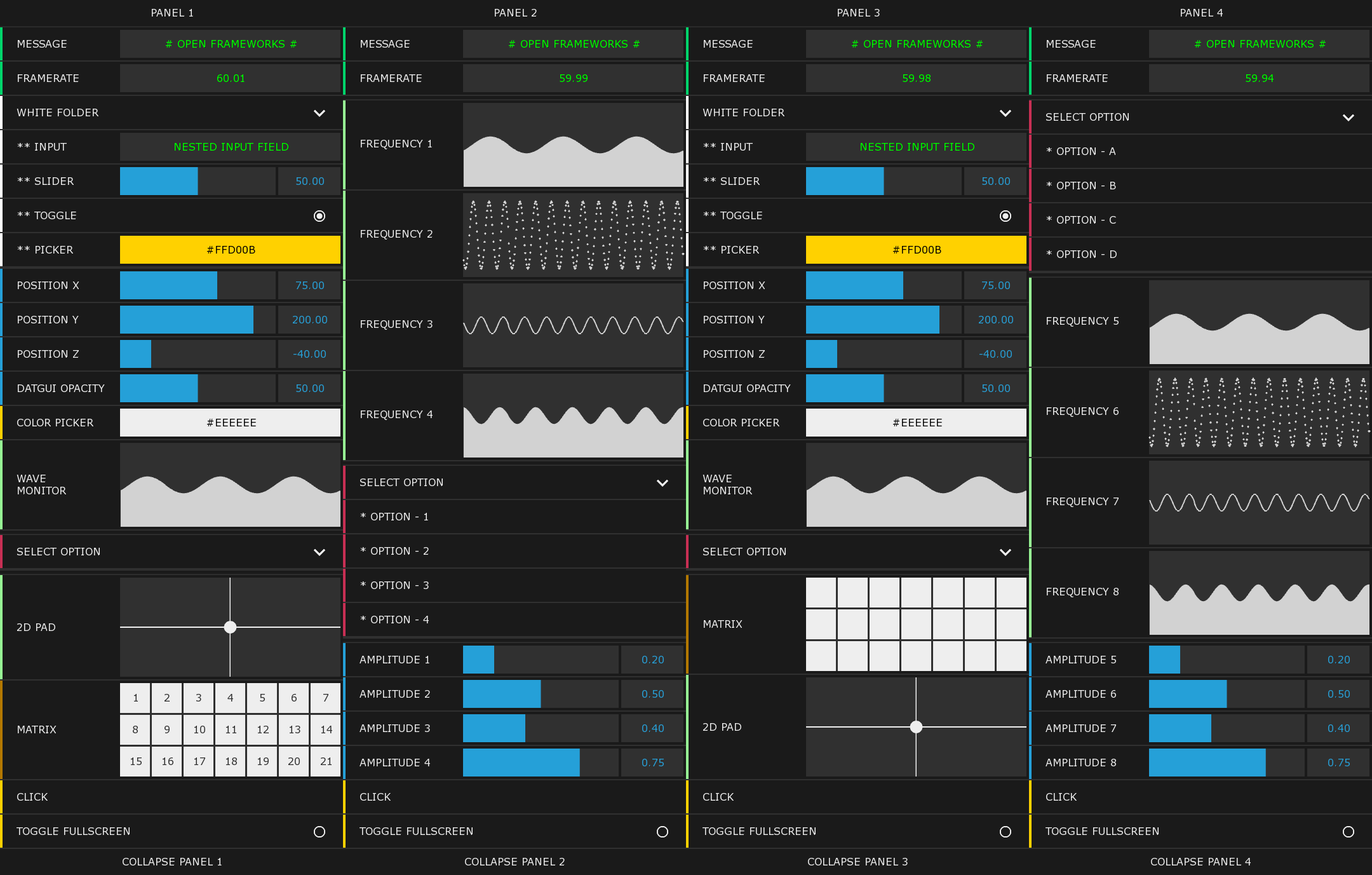 OpenFrameworks is an incredible open source c++ framework for creative coding that has so many amazing community developed addons it’s hard to imagine anything that the toolkit cannot do. However with the exception of Reza's brilliant ofxUI kit I have always felt that the framework has been underserved by the lack of a polished user interface kit that is mature enough for production work yet easy enough to learn that anyone can quickly pick it up for rapid prototyping purposes.

So while working on an OpenFrameworks project where I was building a collection of adhoc UI components I decided to standardize the API and release them as an open source kit so that anyone could use them in their projects.

The visual inspiration for OpenFrameworks DatGui comes from the excellent datgui project by Google's Data Arts team who authored the original web based UI kit which is written in JavaScript.

Internally OpenFrameworks DatGui takes advantage of features of the C++11 standard (particularly in its event dispatching mechanism) and is subsequently optimized for the new 0.9.0 OpenFrameworks release.

As of January 2016 OpenFrameworks DatGui is the 10th most popular addon out of over 2100+ developed by the community.

It is currently in active development and code contributions, feedback and feature requests are all very welcome and appreciated.