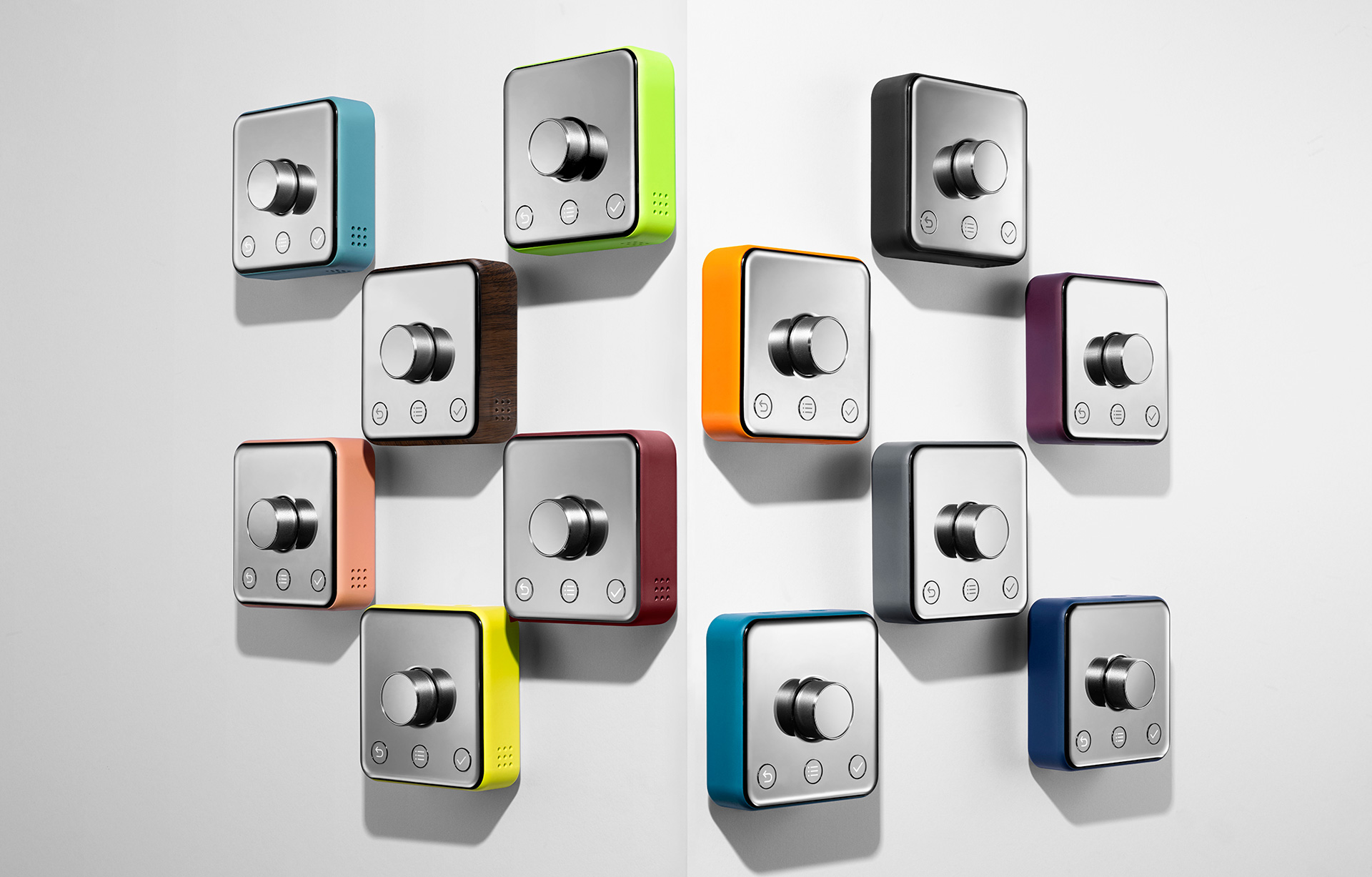 The Hive connected thermostat was a project I worked on during my tenure at fuseproject. Working alongside the studio’s industrial design group, my team developed a series of high fidelity interactive prototypes that could be used to stress test and iterate on our various interaction models.

The first iteration were a series of lightweight web apps that ran on an iPad. These eventually evolved into the hardware prototypes you see below.

The hardware prototypes were built using a custom build of OpenFrameworks running on a Raspberry PI. An Arduino listened for interactions with the physical buttons and rotary encoder which it then relayed to the Raspberry PI over serial.

The prototypes were very effective in helping our studio and the client make informed decisions as we iterated on the industrial design and user interface. They were also the first time fuseproject had ever developed a high fidelity functional cosmetic prototype of this nature and the value they added to the project has since secured hardware and software prototyping a permanent place in the studio’s design process.

The Hive thermostat launched in July of 2015 and is currently available to residents of the UK.